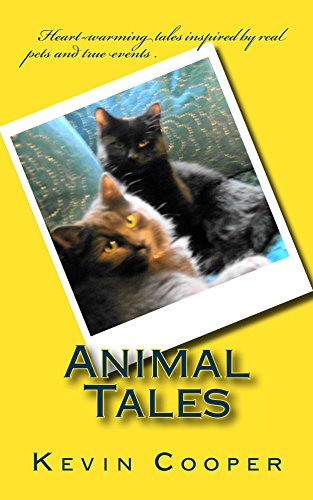 My youngest daughter especially loves cats.  So when I saw this little title advertised at the Book Club, the cat photograph initially interested me.  However, if you enjoy true stories about cats and other animals, you will love this book just as much as younger readers.
If you want to read more about this title, its author and his other works, please click on this link:
https://www.amazon.co.uk/Animal-Tales-Kevin-Cooper-ebook/dp/B015JFYJIY/
Furry Friends Forever

I love animal stories and this little book did not disappoint. The story of Rico and Aragorn – cat sibling brothers – reminds me very much of my own experiences with cats and just how amazing they can be.
Life For Life is my favourite. I believe that animals – and in this story dogs – will always be the most loyal of friends. This is the story of a young Golden Retriever who is given a second chance at life and he doesn’t waste it. I highly recommend this book as a valuable tool for parents to help their children grow to appreciate animals and how important it is to care for them.” 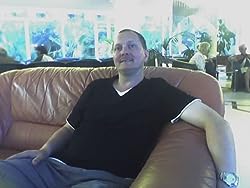 Having left high school in England with only three CSE’s (Certificate of Secondary Education) in English Composition, Maths, and English Literature, he spent his first year in America studying for a GED followed by ACT. After passing his college entrance exams, he studied both music and religion for two years at Western Kentucky University before transferring to Asbury College to enroll in their pre-professional track in psychology. He obtained a recognition on the Dean’s List, and graduated with a BA in Psychology with a minor in Classical Greek.

Kevin started post-graduate studies in counselling and psychotherapy at Asbury Theological Seminary where he remained for two years before transferring to the Grand Canyon University in Arizona where he was awarded a research scholarship in their M.Ed program. He did his teaching practicum at Phoenix High School, completed his student teaching year at Peoria High School, and graduated from Grand Canyon University with a M.Ed.

While in America, Kevin has been a College Lecturer of General Studies, a Manager for The Hertz Corporation, who acknowledged him with awards of recognition for his service and dedication to the company. He was a Substitute Teacher for several years, a Private Tutor, a university tutor, and even did volunteer work as a children’s reading mentor in a Phoenix library.

Kevin now resides in England with his wife, and is an established Author of several works.

Thank you for visiting my child-friendly blog today. Remember to
Read/Comment/Follow!
Go to beyond the About Me Page.  Thank You!