Today, I am happy to introduce James Minter, author of The Billy Book Series to you. I invite all children’s authors to read his twelve devices mentioned in this post; necessary when writing for children – definitely worth thinking about! 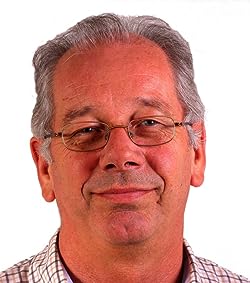 James Minter says about himself:  “Our life in France is in complete contrast to England. Here there is more space, it’s less crowed and more conducive to thinking, imagining and letting go of the daily life activities that preoccupied me living in the UK. We are very far south toward the Spanish boarder where urgency seems to be an alien concept – except when it comes to lunchtime. For the French, the midday meal is sacrosanct and nothing can come between a French person and getting home for a 2 hour, three course meal.

I started writing five years ago with books designed to appeal to the “inner child” in adults – very English humour. My daughter Louise, reminded me of the bedtime stories I told her, and suggested I write them down for others to enjoy. Prior to writing, I was a college lecturer, and later worked in the computer industry, at a time before smartphones and tablets, when computers were powered by steam, and stood as high as a bus.”

Your idyllic life in France is most conducive to fantastical imaginings. You have written books for adults such as the “The Unexpected Consequences of Iron Overload” – a successful romantic thriller, yet you have devoted your energies almost entirely to write for children. Why this shift in genres?

Children are our future – a well-known truism, and children are born with the drive to survive. Central to their drive is unconditional love for those who facilitate their survival and early development – usually their parents, who have values, things which they feel are vital to them. Often when a decision has to be made, the subconscious stimulus of their values and beliefs kick in. Young children are sponges and watch, listen and learn from those around them, but as they develop, becoming less dependent on their parents, they start looking at the bigger world through school, friends, peers, TV, internet and social media. These opportunities for interaction, for watching and learning broaden children’s view of the world and they may take onboard other people’s values – often manifested in newly discovered behaviours, which could be negative – lying, stealing, jealousy, false pride, secret keeping, lack of self-belief, no appreciation of the value of money and bullying others. In time, a child may come to adopt these behaviours, believing this is the way to behave.

It has been said that, “the apple doesn’t fall far from the tree” – children mostly behave like their parents; and where the parents are negative so are children – “a negative cycle repeats generation after generation, however new values can be learned and old values replaced”, you explained in earlier correspondence to me.  So what do you aim to achieve with The Billy Book series?

The Billy Book series is an aimed at breaking the unhealthy cycle by giving parents the opportunity to learn for themselves about the impact negative behaviours have, and in turn, via the learning contained in each book, hold an informed conversation with their child to educate them about positive behaviours. I wrote this eight-book Billy Books series for 7 to 9 year-olds. These are traditional stories with positive value based plots. Although the main characters, Billy and his friends, are made up, Billy’s dog, Jacko, is based on our much-loved family pet, which, with our second dog Malibu, caused havoc and mayhem to the delight of my children and consternation of me.

But core values are deep-seated and take much more effort to change.

That is true, but being a parent to two children and a step-dad to three more, plus, now with two grandchildren, parenting and values have been brought into focus. I believe that traditional storytelling in this digital age is still alive and well especially with younger children, as is their love of physical books.

How do you feel about the move towards cyberspace reading and online libraries?

I’m conscious that eBooks for tablet computers, audio books for streaming and the quality and longevity of a full-colour hardback book are also desirable. Hence, all eight books are in all four formats – paperback, eBook, hardback and audio.

You’ve done a marvelous job. I bought the first Billy Book for my grandson who recently had to start wearing glasses and now seems to be pushed around a lot at school, especially by two boys who are about six months his senior. I want to thank you for writing this particular story, because Billy gets to know what it means to have a grandfather who cares so much about him that he and his ‘assistant’ Max, perform once more as a team in The Great Magisco, and show a fourteen-year old bully that it’s never acceptable behaviour to gang up on younger boys, threatening them.

I’m happy to hear that you both enjoyed reading about Billy’s problem and how his grandfather came to his assistance.  I believe that reading is an absolutely necessary skill. The target age group for these books (7-9 years) are transitioning from picture books to chapter books as they become more confident readers. I’ve included twelve different devices within each book to aid the reading process, for example:

1)    Children need to be pushed but the story needs to be an enjoyable read without them having to look up words on every page. Therefore, I’ve used words and sentence constructions appropriate to the age group

2)    Children need to be lead through a story, they find it hard to work out who “he/his she/her” are, so I’ve used names in the place of he/his she/her so they can follow more easily.

3)    Being consistent: for example, the dog featured in the story is called Jacko and could be referred to as many different things – Jacko, Jacks, golden retriever, and dog – which is confusing.

4)    Thinking about the context and who is telling the story. For example, Billy speaks about his grandad, but later grandad is referred to as his (Billy’s) mum’s dad. This is confusing for a child.

5)    Making it clear who is talking: use speech tags so the child can keep up with the conversation and who is speaking. Example: Billy said not he said.

6)    Story flow: do not jump from the present moment to a thought or description. Be careful conversation and thoughts don’t jump around as again, this can be very confusing, and a child will struggle with where they are in the story

7)    Children at this age are learning punctuation so I’ve used it e.g. excitement!

9)    Getting rid of redundant words: For example: not “Jacko continued to lick his paw …” Rather: “Jacko licked his paw …” if paw licking hasn’t been mentioned before, “continued” is not relevant.

11)    Be very direct when writing for children of this age group. Introduce characters more explicitly.

12)    Use of illustrations: these are chapter books but an image has been included at the beginning of each chapter to help children who find it difficult to visualise the action. Overall the stories are simple and basic but are not dumbed down.

In this day and age children are being born into a very exciting, fast paced, challenging world. They have always had imaginary friends to help them make sense of what they see and hear around them. Billy’s dog Jacko, though not imaginary, is his sounding board. He can share his thoughts and emotions in a safe way without fear judgement.

Do you have any favourite books?

Undoubtedly my favourite children’s book are “When We Were Very Young,” “Winnie-the-Pooh,” “Now We Are Six,” and “The House at Pooh Corner.”

Any favourite quotes to pass on to our readers?

Yes, I do and both come from A.A.Milne.

“It is more fun to talk with someone who doesn’t use long, difficult words but rather short, easy words like “What about lunch?” Winnie-the-Pooh by A.A Milne

Thank you so much for visiting my blog today.  Please COMMENT/FOLLOW and SHARE if you wish and don’t forget to visit James Minter’s amazing AUTHOR PAGE!