I don’t normally write a blog on Tuesdays, but today is a special day for me, because Trails and Trials: An African Adventure – Book four has been released.  It has been quite a difficult task, especially the illustrations, which has many ‘moving’ animals and lots of cattle, and other wild birds and animals.  I hope you enjoy the end product!

Here is a short description of the book which is categorised under Survival Stories and Adventure Stories.

Four trails – one destination – the waterhole closest to the best place to cross the Tukani River into a neighbouring country. This adventure takes Flame and his furry friends on a thrilling, dangerous quest, but they always have hope. Were it not for the help of a meerkat clan, a gripe of sandgrouse and other feathered friends such as Mars, a martial eagle and Vera, an eagle owl, their trail might have had a different outcome. This fast-paced adventure takes place during one week and is told from four different viewpoints, because friends as well as foes race to get to the waterhole, and in striving to do so, experience their own personal adversities and trials.

Trail One: Cattle thieves and their hostages are confident that their venture will succeed and make them very rich;

Trail Two: Flame, and his furry and feathered friends are determined that Tall Leader and his gang of cattle thieves will not succeed to cross the border. So, they intend to find their small hostages and drive the stolen cattle back to Molodi. They are in hot pursuit of their enemies, despite experiencing hunger and thirst;

Trail Three: An elderly tracker and his companion take a risky short-cut, starting on the other side of the Llokodi Hills, traversing a salt lake, grasslands, treacherous dunes and rocky spaces. They keep going non-stop, using their knowledge of the harsh environment to survive, because failure is no option. The elderly tracker also has a familial interest in the small hostages’ welfare;

Trail Four: Chief Monametsi, John James and their party, are at least twenty-four hours behind their quarry and have no idea that Flame and his friends are ahead of them. Their sole hope lies in the fact that those on Trail Three reach Tall Leader in time to thwart his plans; 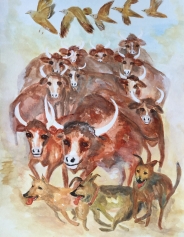 Friends stick together, pursuing Tall Leader and his gang of cattle thieves.

These illustrated adventure stories will provide endless hours of reading pleasure to better readers who also enjoy seeing some illustrations of the characters, increasing overall reading pleasure. Book Three and Four should ideally be read in sequence and are most suited to readers 9-13 (Middle Grade), but younger listeners will enjoy being read to just as much.

Thank you for popping in today.  Enjoy the rest of your week.  Don’t forget – if you feel so inclined – COMMENT/FOLLOW 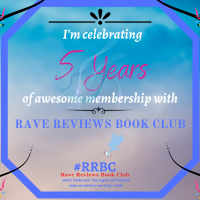